Trending
You are at:Home»News»Latest»The enterprise graph and more from Yammer’s customer conference 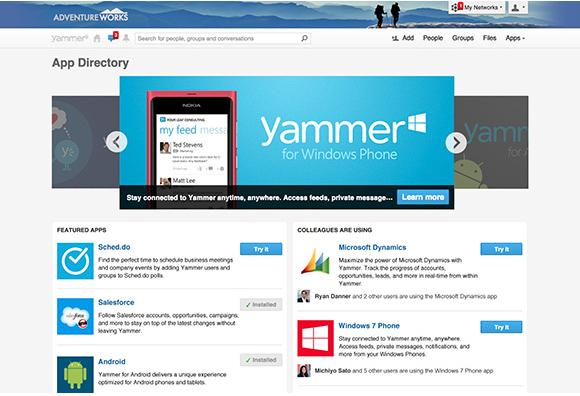 Enterprise social network Yammer has a announced a range of upgrades and developments at its first customer conference YamJam ’12.

If you have been keeping an eye on the  latest press releases in Microsoft press centre you would have noticed a flow of press releases from Microsoft’s new stable mate Yammer.

Yammer’s first customer conference is taking place in San Francisco and the company is using it to show off some new developments. Included is talk of what it calls the ‘enterprise graph’, which is an attempt to do an enterprise version of what Facebook calls the social graph – that is to show and make sense of how people are connected.

Yammer says of the enterprise graph:

The Yammer platform solves this problem of “social network sprawl” by creating an Enterprise Graph that provides a standard set of social components. This standardization means that all of a company’s employees and business data can be brought together in a common conversation layer.

Just as Facebook is creating a social graph for people’s personal lives, mapping the connections between people, places, music and games, the Enterprise Graph shows how employees, content and business data are connected in the workplace.

Alongside this announcement was that of a standard set of tools which Yammer will provide devlopers. these are:

Yammer made announcements around security enhancements and integration with Microsoft Dynamics CRM.