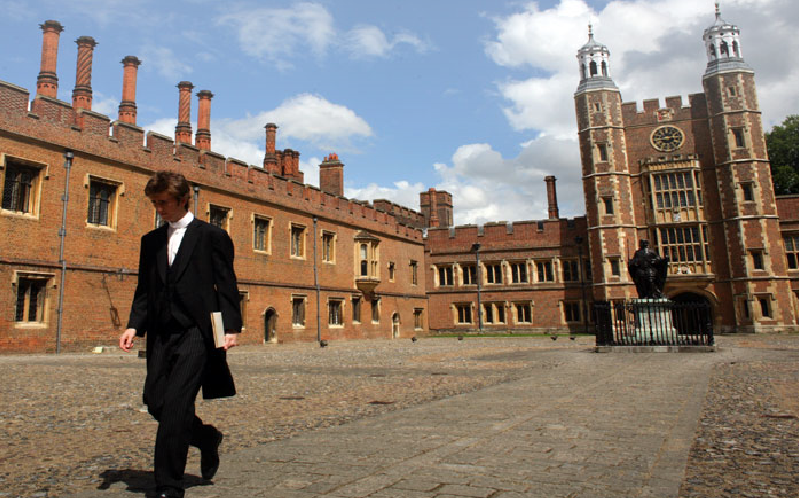 In a recent interview in the Guardian, headmaster of Eton College Tony Little provided some interesting insights into the role of schools in building character and resilience.

According to the article, children from less well-off backgrounds are less resilient than those from better off backgrounds and ‘are more likely to take one instance of failure as an indication of total life chances in a way that students from more privileged backgrounds are not’.

Little says that school is – or should be – about the holistic development of children and helping them develop a sense of self-worth that will see them in good stead for all that adult life will throw at them.

Asked how he would run the UK’s department of education, he responded:

I’ll tell you what I think the issue is: finding the right balance between a drive for standards, so that every child in the country is enabled to access different types of education that they might wish to access, on the one hand; and on the other, not being susceptible to a top-down driven measurement culture, which reduces the key elements of what I think a school fundamentally is about, which is to do with holistic development – the all-rounded person; enabling young people to develop that true sense of self-worth, which is, in my view, absolutely essential if [they]are going to be able to stand up for themselves and stand up for a purpose higher than themselves.

Young people learn more from each other than they do from adults … [and]more outside a classroom than they do inside it … The gifted teacher and a great school is a person and a place where you create the conditions where these two things happen positively and well and create a virtuous circle.

His comments on failure make for interesting reading, suggesting that failing is key for children at school as is the environment in which they are able to rebuild themselves and learn from that failure.

As much as I might be exercised by an 18-year-old leaving this school shaky on confidence, I’m at least as exercised by the golden schoolboy who’s found it too easy. Part of the point of a school is to make things a bit tough for students. I would far, far rather a 16, 17-year-old makes some mistake, falls apart, has to rebuild things in a school context, than do so when there is less support, in university, or worse still, when they’re out at work. If I was doing my list of tick-boxes, rather than just GCSE goals, I would say, ‘Significant failure; disaster.’

Read about innovation and you will likely read about the need to fail fast and carry on. If you were schooled at Eton you will probably be resilient enough to do this. But most people aren’t schooled at Eton and may not have the resilience to fail and fail fast. This is something employers need to consider. For many, failing is not in their learning DNA and the safe and supportive environment in which to fail might not (yet) exist.