Trending
You are at:Home»News»Latest»World of Learning day two: leadership development and a three-year mobile learning journey 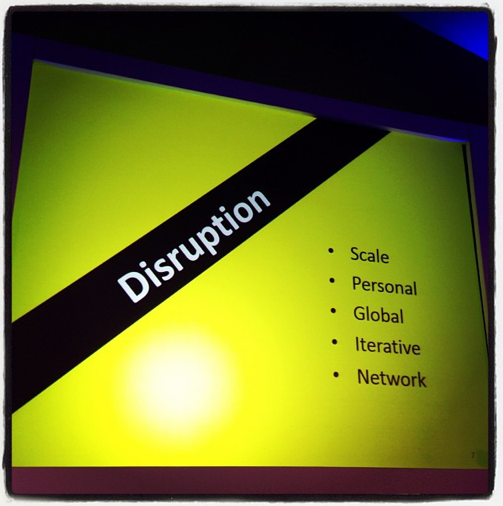 Sameena Bashey, country HR director at GE opened day two of the World Of Learning Conference 2013 with a look at how corporate giant GE is transforming its approach to leadership development.

Since 2009 the company has been investigating what its leaders of tomorrow will look like. To find out, it asked 35 leaders to visit 100 organisations around the world to see how leadership is changing. It also canvassed the view of academics, thinkers, politicians as well as their own leaders.

GE leaders were asked how they see leadership changing and how they want to be led themselves. The company also asked what millennials expect from leaders.

This research is now being fed into leadership development at the company. The company has updated the five values which leaders are measured against – these are external focus, clear thinking, imagination and courage, inclusiveness and expertise.

Here are the values and what is expected from leaders:

External focus
A GE leader . . .
Is in tune with customers
Connects with stakeholders
Is educated on global issues

Inclusiveness
A GE leader . . .
Welcomes ideas, listens and is humble
Collaborates with respect to individuals and cultures
Drives engagement

Expertise
A GE leader . . .
Has domain expertise
Continuously develops self and others
Leverages technology

GE is also looking at its whole L&D offering. Historically it had an L&D function in each business which led to duplication of work. The company decided to create a global centre of excellence in order to stop duplication, add consistency and amplify excellence. The team is now designing and developing more resources internally.

Bingham and Potter said that the priority for the NHS was to shift patient care from acute hospital care to community care as close to home as possible. Already this was having a big impact on NHS professionals, 40% of whom are now working out in the community. Health Education Wessex employees 110,000 staff.

Built two apps based on existing learning. structured 40 mins courses. Built and deployed in 8 weeks. 10,000 downloads in first few weeks but did not know how many downloads from NHS staff.

So, brought in Epic to do some research to help them understand how compliance could be delivered by mobile. It was a sizeable piece of academic, peer-reviewed research plus an aggregation on current research into mobile learning.

The report recommended 27 benefits of mobile learning, 22 challenges and 29 recommendations to overcome the challenges.

The research gave them confidence and evidence to invest further so they built a health and saferty awareness app which took six months to develop. It was 40-minute structured app inc videoing and formative assessment. It also had a summative assessment on end of app trackable back to the LMS.

However, uptake of app was not good despite more promotion and the research evidence to suggest it would work. Bingham and Potter said they needed to understand why so they carried out research again (now 18 months after the first research).

Again the research said that the appetite was there so they carried on. They chose an authoring tool to build apps internally. It was cheaper – £3.3k less per app to develop it. A bigger cost is in accessing knowledge from clinicians.

By bringing development in house, the team can also make updates as required and upskill staff to be able develop apps. They developed a programme to up skill staff using action learning sets and also delivered 4 skills webinars for the team from Epic.

Inhouse elearning skills were useful for app development but the team needed more help with their design and tech skills. Bingham and Potter say they are now getting more demand to build apps than they can deliver. It is now expected that training is delivered on tablets.

Until now all apps have been native apps – built for specific platforms – but that is costly and is difficult to update.  The organisation is now at a turning point which will see it switch to web app development using HTML 5 so that apps can be deployed across multiple devices, are easier to update and are cheaper to produce – using only one authoring tool.

They are aimimg to deploy through the cloud to track learning and are pilotting the Rustici Storm Cloud solution so that they can deploy once to multiple LMS systems. This also future proofs the organisation for Tin Can.