Trending
You are at:Home»News»Latest»Organisations urged to understand how neuroscience can be used to help people develop

LearnPatch is interviewing some of the speakers at the forthcoming World of Learning Conference and Exhibition. Here, Roisin Woolnough talks to Ian McDermott, founder and CEO of International Teaching Seminars and Patricia Riddell, professor of applied #neuroscience and head of the department of psychology at the University of Reading.

Neuroscience is constantly in the headlines, with new research coming out all the time. “There are month by month findings,” says Ian McDermott. “It’s an avalanche.”

This makes it hard enough for neuroscientists to keep abreast of what they need to know, let alone HR and training professionals who want to incorporate the research into their organisations. How do you know what research is relevant? Correct? Applicable? How do you know whether to adopt some of the principles and findings as they emerge or wait until they have been tried and tested by others?

Get started by gaining an understanding of the basic principles of neuroscience. Find out how the brain works and how that relates to learning and development. “You can acquire a basic grounding quite easily,” says McDermott, who is founder and CEO of International Teaching Seminars.

That said, McDermott warns against believing everything you hear and read and applying it too glibly in the workplace. “When something becomes trendy and people want to get on the bandwagon, the danger is gullibility. People parrot what they have heard from somebody who is actually parroting someone else and then it’s common fact. Use your critical faculties – not in a harsh way, but enquire, be curious and be open.” 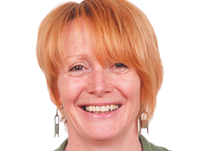 Patricia Riddell, professor of applied neuroscience and head of the department of psychology at the University of Reading, agrees that HR professionals need to make sure they use trusted, accurate sources. The original source, in fact. She recommends that people do their homework, take their time and absorb information properly so that they can implement it properly. “Don’t just accept things at face value. One of the things that people want to do is take an easy route – such as read an article and use what they have read immediately. Look at where the information comes from.”

One of the most startling neuroscience findings that has emerged is around the neural plasticity of the brain. Put simply, the brain does not stop learning and forming new neurons once people have passed those critical teen years, as was commonly believed – it can keep going right through a person’s lifetime, making new connections, learning and adapting.

“Brains are designed as learning machines so you can adapt very readily,” says Riddell.

This knowledge can hugely benefit organisations as it shows that when stimulated, people keep on learning and adapting their thinking and behaviours. If managers, training departments and organisational leaders keep this knowledge in mind, they are more likely to encourage a learning culture and to make best use of their workforce throughout their whole working life. “You can’t teach an old dog new tricks,” says McDermott. “Well, we aren’t dogs, but we can learn new tricks. You need to motivate people to want to keep learning.”

Using this understanding of how the brain works and the different synapses are formed can hugely influence how training is delivered.

Part of fostering a learning culture is acknowledging that sometimes people fail. People need to be encouraged to try, to learn new things and accept that mistakes and failures happen. Many individuals and organisations are very wary of failure. Breaking down these psychological barriers is very important. Ask Riddell and McDermott what the biggest impediments to learning are and they give some interesting answers:

“Belief, belief, belief,” says Riddell. “The greatest impediment to learning is the belief that they can’t do it, they are too old, it is not their area, it’s too complicated.”

And McDermott? “Impediments come in the form of fear and complacency,” he says. “What I do has always worked. Oh it doesn’t work any longer, but I will still keep doing it this way. Sometimes people don’t’ know how to change.”

People have to want to change and be helped making those changes. This is where neuroscience can help again. Understanding how habits are formed and reformed is critical if people want to change habits within their organisations. “We now have a better understanding of motivation and the role of habit,” says McDermott. “You can have lots of fancy ideas but habitual ways of functioning in an organisation is what drives behaviour. If habits need to change, you need to understand how habits work. Neuroscience gives us a lot of insight into that.”

Think of what makes a successful change management programme – a key element is changing habits, both personal and collective habits. For a change management programme to work, then HR has to know how to help people change their habits. “It is not thinking just about habits of individuals, but the habits and culture of an organisation,” says Riddell. “What kind of incentives are people being given or not being given to be creative and learn new things?”

Leaders also need to be able to change their habits. In fact, if leaders themselves are stuck in habitual ways of operating, the chances of getting true organisational change are slim.” If it’s not happening in the boardroom, then good luck,” says McDermott. “It’s destructive if it’s just rhetoric and if people are cynical about the mismatch between words and action. Cynicism is corrosive.”

Neuroscience can help give people the right tools and training to change habits and progress forward. You just have to understand how.