Trending
You are at:Home»News»Latest»Capturing the #ldcu unconference for conversation beyond the event 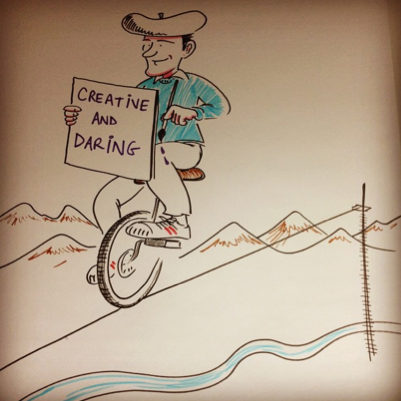 This time last week the second Scotland L&D Connect Unconference was taking place in Glasgow. I was there to help capture and curate content from the day. In this post I wanted to reflect on what was created and why it’s useful.

First, a disclosure – I do live event reporting for clients over at mt other company itsdevelopmental. The aim of doing this is to help amplify the event I am covering whilst it is taking place and to provide an ongoing resource from the day. You can see what came out of the first Scotland L&D Connect Unconference here.

Typically I would create an article after an event that would list everything that came out of it. This article will do that but in a slightly different way. Rather than a list I will add some context. I am hoping that by sharing what has come out of the event you will get to see why it is useful to amplify an event. I know that some attendees won’t be interested in tweeting and engaging online during such an event – there were many indepth conversations that meant that would have been difficult to happen. BUT, many did share what they saw and heard and this conversation initiated yet more conversation and sharing online.

I’d argue that this is now at the heart of what makes face to face events so powerful – they are more than just face to face events. They have a shelf life and an impact for others not in the room that goes well beyond the event. This has been said many times before but I think a look at what came out of last week’s event shows just how valuable the capturing and sharing of content can be and why using social tools to engage outside of the room can be so powerful.

I’ll start with something new. I wanted to try out Adobe Voice to create some content. Adobe Voice is an ipad app that enables you to create short films using your own images and adding a voiceover. You can also use its image banks and music library to add soundtracks.

My first piece of content that I captured looked at what open space was all about. This was the technique for getting everyone focused, it was also the ‘way of being’ for us all. Kevy Wyke ran the open space session and ahead of it had asked resident graphic artist Simon Heath to create some images to help describe the way open space works.

I really like the way Kev describes the process and love Simon’s images – and all this in less than 90 seconds. The point here is there are some interesting tools to capture content in very visual ways – and the best content tends to come from the horse’s mouth (so to speak!). So, next time you want to know about open space why not look up what Kev has to say it. Furthermore, how many sessions are you in or do you facilitate where you could use this technique to capture what went on?

The second piece we created using Voice documented a session Simon Heath ran on constraints and creativity. Below is the result. Simon introduces it and all the participants describe the images they drew. I had to do this because the work was incredible and I really like the way Simon facilitated the session. Hopefully this captures the essence of what happened – in a couple of minutes – and gives those that produced the work a lasting reminder of the day.

These are two examples of something I tried out. But that’s not all that gets shared from an unconference.

Bev Holden ran three Google Hangouts. Not only were they very successful in terms of participation in the room, they also brought in a lot of discussion through the associated liveclive hashtag on Twitter. I collated tweets from the first hangout here using a tool called Storify.

But that’s not all. The hangouts were recorded so you can now take a look back at the discussions. You can see theme here:

As I already mentioned, many discussions at the event were not tweeted due to the fact participants were in deep conversation. But there was still a lot of Twitter activity, all of which has been captured here – I used a tool called Tweetreach to capture this data.

Many of the participants took photos of the event too. I added them to a Pinterest board I created from the event, which you can see below . . . I think this is a great example of how participants can capture the day in images and by pulling them together you have a great resource of what the day looked like. Julie Drybrough has also shared some lovely images from the day here.

During the day Sukh Pabial wrote a blog post on what he had experienced so far, which you can read here.

There are other benefits to creating and sharing this content. At an earlier L&D Connect unconference there was a discussion about how to raise awareness of unconferences and how to market future events. A very useful by product of all this content is what marketeers would could ‘marketing collateral’. We have the material to show what happens the challenge then becomes how to use it to promote future events.