Trending
You are at:Home»News»Latest»Has 10 years’ worth of management training been a waste of money? CIPD research suggests so

The quality of #management in the UK continues to trail the USA, Germany and other productivity leaders and is one of the key reasons behind the UK’s long-standing productivity weakness, according to the #cipd. 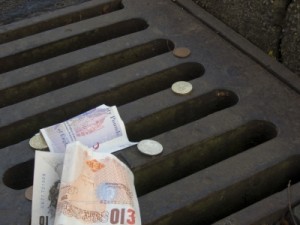 In its report, Are UK organisations getting better at managing their people? the CIPD reviews the available evidence on people management practices and how these have changed since the 2003 Government-commissioned report by Michael Porter and Christian Ketels that identified quality of management as an important determinant of economic performance.

It suggests that management practices have changed little in the last decade and that managers could and should be spending more time with their direct reports in order to coach them and support their career development.

Mark Beaston, the CIPD’s chief economist says that the UK’s falling productivity should act as a catalyst to introduce more innovative working practices.

“Over the years we’ve seen successive governments put a lot of effort into changing the regulations that help to determine how organisations work – sometimes more regulation, sometimes less regulation – but they’ve typically shied away from getting involved in how well businesses are managed, filing the issue in the ‘too difficult’ drawer. With UK productivity falling even further behind our competitors since 2008, it’s essential that we move the debate on from talking about low-pay and low-quality jobs and look at the root problem of poor productivity. Government needs to get behind innovation in workplace practices with as much vigour as it, quite rightly, does for technological innovation.

“Most businesses say they want to make innovation, quality or customer service their competitive advantage but not all of them will have the resources, capability or knowledge to achieve this.  We think that Government, business and employee representatives all need to be engaged in a collective effort to find ways of making this journey easier,” he said.

The report identified a number of management challenges:

If management practices have not developed as quickly the CIPD suggests they should have it begs the question: has the last 10 years’ worth of investment by organisations into management training  been worth it?