Trending
You are at:Home»News»Latest»The future of learning according to Sugata Mitra #lt15uk

According to the programme . . .

Our perception of how we learn, and how we should teach, have changed dramatically in recent years. In this keynote, Sugata Mitra will explore how the institutions of schooling are changing in response, driven by technology and by our new perception of the individual and social nature of learning.

Mitra is well known for his Hole in the Wall project – but it is not without controversy. 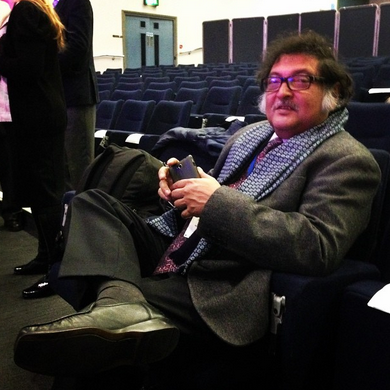 There has been a shift away from teaching to learning. Where has teaching gone Mitra asks.

He then went on to look at the future of learning.

He started by looking at obsolesence. We need to look at where schooling has come from – world without machines and where we wrote on paper and send data via horses. We needed people to process the data and the producers to work production lines.

Clerks needed to be able to read and understand, write by hand so others could read information. They needed to do maths in their head. The 3Rs were critical skills and they became the pillars of primary education.

People in manufacturing needed to be fit, follow instructions and not be creative. A creative production line worker would be a ‘horror story’.

The machine to produce these skills was the school and it has remained unchanged for hundreds of years. We continue to produce people for an age that doesn’t exist anymore, Mitra says.

L&D has to do a retooling job to undo 17 years of educational damage.

He then went on to talk about dematerialisation. It is like sci-fi – you wave a wand and something disappears e.g. cassette recorders, fountain pen, slide rule, maps, records. A generation will not be writing by hand. All these symbols (or technologies) of an age gone by are now in mobile phones.

Mitra then talked about transportation. For hundreds of years we travelled by horse and coach. Then cars arrived and the passengers became the drivers. The coachmen disappeared.

When passengers took over the driving we had to create new rules to keep us safe on the road. Is this the new model of learning? The passengers are now driving – can the learners drive the learning asks Mitra.

And then we have self-driving cars. Our grandchildren will be asking what driving is – this shift will happen quickly.

This time the idea is going. Concepts, such as driving, will go away. Understanding this will be at the heart of learning. Learning as a concept could dematerialise. What could that mean?

Mitra then went on to discus his hole in the wall project. The experiment took place 16 years ago in India. The aim was to see what would happen if you put a computer in front of children.

When he put them in front of it they did nothing. Mitra realised they were not do anything because he was there. He left them and the kids started to figure out how to use it. This included learning English to download games.

World Bank funding led to research. Mitra’s research concluded that giving children an internet connection for just nine months gave them the same literacies as a secretary in an organisation.

Mitra then described how he left a computer with speech to text software with kids who had very strong accents that made their English unrecognisable. He then came back two months later. He discovered that the kids had downloaded the Speaking Oxford Dictionary and were speaking in clear English.

He then gave more examples of leaving computers with children and setting them a task and then leaving the children to solve the task.

He concluded that children with access to the Internet can learn anything by themselves.

He then described the granny cloud – grannies in the UK beamed to the children in India. Their role is to admire the children’s work and encourage them.

So, the conclusion here is that self-organised learning can work but it can work better with a facilitator who is there to ask questions and encourage in order to move things on.

He then makes the point that asking good questions is the basis of getting children to research and learn.

This has morphed into self-organised learning environments. They are based on Broadband, collaboration and encouragement and admiration. Also need a curriculum of questions, peer assessment and certification without examination.

But assessment is still a high challenge. We are producing children for employers that no longer exist.

The answer? We must assess for the work environment. Mitra would like to try an experiment to allow the internet into examination halls to see what happens.

Through his school in the cloud project he has built 7 schools in India and in the UK. It is a three year project in which the children are ‘driving their own car’.

What does this all mean? Learning is an emergent phenomenon in a self organising educational system. Learning happens where order and disorder exist at the same time.

Are we using an obsolete engine to drive a new car?