Trending
You are at:Home»News»Latest»“L&D can’t hold the responsibility for the expectations around learning” – a review of the Charity Learning Consortium conference 2019 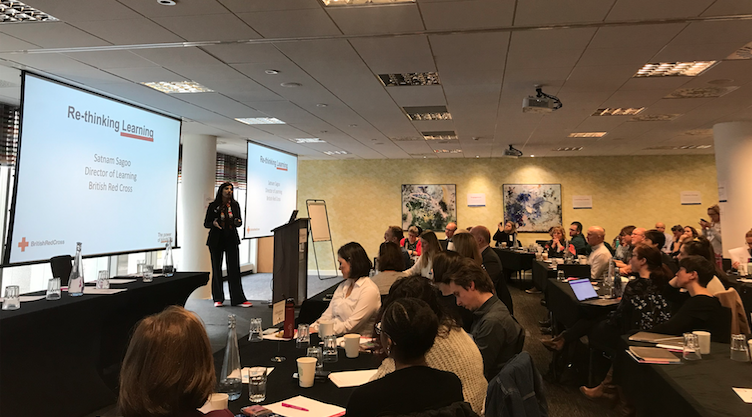 If Tess Ewington were to ever meet Jim Kirkpatrick, she’d kick him in the shins. Measuring the return on investment of learning is simply unachievable and the idea of return of expectation, a key indicator in the Kirkpatrick Model of training evaluation, is the stuff of fiction. So said Ewington, the head of learning delivery transformation at the Home Office to delegates at the Charity Learning Consortium conference.

Kirkpatrick isn’t all wrong, she says, admitting that learning teams haven’t got involved with business strategy early enough to achieve the desired business impact. But it is important to recognise that L&D is an enabler of learning. It can’t hold the responsibility for the expectations around learning, she says.

Ewington says it is more useful to look at what she calls ‘return on salary’ to establish what is expected of someone in a role. This helps link learning to talent management and HR and helps bring clarity to the skills expected of a certain role. The focus on salary also helps focus on speed to competence – the time it takes for an employee to be up to speed and confident and knowledgeable to do their job.

Reflecting on her career in learning, Ewington says she has surrounded herself with people who keep her grounded and inspire her. She likes to share Abraham Lincoln quotes, whose humility in trying to get in to the US congress she finds inspiring. She also keeps a copy of Bene Brown’s book Dare to Lead by her side.

For Satnam Sagoo, director of learning at the British Red Cross, the task of enabling learning for 4,000 employees and up to 60,000 volunteers has seen the organisation rethink how it delivers training. The reason? In part, because “it can be painful to join, remain and leave the organisation.”

Added to this, Sagoo says people can feel overwhelmed, disconnected from each other and the organisation’s purpose. And they often do not have the time to develop, learn and grow.

Sagoo set about reimagining the L&D offer and the learning experience at the global charity. As well as rebranding the learning proposition also simplified how L&D supports employees and volunteers through key moments of change such as onboarding.

Internal research showed that much of the learning was taking place in a social way, where employees were able to connect with each other. Sagoo says the focus needed to shift away from courses to making resources available to enable what she calls ‘real-time learning’. There needed to be a mix of approaches that balance effective, traditional approaches to learning with technology-enabled approaches.

This shift has helped shape a new onboarding process. The organisation had a 35% turnover rate for people in their first year, due to a lack of development and career progression. As a result, the organisation revamped its onboarding process and mapped out a development journey for the first 12 months of a person’s role. The process involves sharing curated resources ahead of starting the job and setting out what that person’s learning journey looks like. Once started, the employee/volunteer takes part in a mix of elearning courses and face to face workshops.

Sagoo is also working on making inductions less overwhelming. She says a new starter used to receive 18 emails from different parts of the business. That number has been reduced to six.

Speaking on a panel about diversity at work, Leo Capella, job coach at the National Autistic Society, told delegates that it was time to rethink how people with autism are supported in the workplace, because the employment rate for this group is so low. “You survive education with a bit of bullying, you get your qualifications, you use your experience doing volunteering. But the employment rate for people with autism is 32% (16% full-time and 16% part-time) as opposed to 53.6% for all disabled people. It is time to change this,” he says.

So what’s the answer? Linbert Spencer, director at the Centre for Inclusive Leadership, says it is important to recognise that equality, diversity and inclusion is not a singular concept – they are separate things. He says that a focus on inclusion will help diversity at work flourish. “Organisations need to address equality because not being discriminated against is not the same as feeling included. Inclusion is an emotion and if we feel included, then diversity and inclusion will work.

He thinks people need to understand the why of diversity other than it simply being a good thing. It has to be connected to productivity and performance.

Ewington says that diversity and inclusion tend to be seen as an L&D thing. That’s a problem, she says, because L&D has a duty to be inclusive so learning can reach as many people as possible.

The approach at the British Red Cross is to include the lived experience of a diverse set of employees to ensure diversity is reflected in the organisation’s strategy.

Ultimately, to make change happen on diversity, says Spencer, organisations need to change the conversation around employee fit.  The question to ask, he says, is “How are we fitting together rather than how are you fitting in?”

The winners of the Charity Learning Awards were announced at the conference. See who won here.