Trending
You are at:Home»News»Latest»3 ingredients of smarter teams

Researchers in the US have identified three factors that make #teams smart. 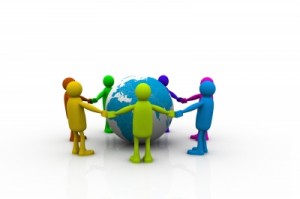 Writing in The New York Times, Anita Woolley, professor at the Tepper School of Business at Carnegie Mellon, Thomas Malone, professor at the M.I.T. Sloan School of Management and the director of the M.I.T. Center for Collective Intelligence and Christopher Chabris a professor of psychology at Union College, shared findings from their #research which looked at whether some teams, like some individuals, are smarter than each other and why that might be.

Their research looked at both physical and online team interaction and the findings are fascinating. Smarter teams are not the ones made up of people with higher IQs as you might expect. No, smarter teams are the ones that:

Interestingly, groups that included more women were smarter. The researchers say that this is not about diversity, rather women are better at reading other people’s emotions.

Reading emotions is still important in an online environment, even when team mates cannot see each other.

Emotion-reading mattered just as much for the online teams whose members could not see one another as for the teams that worked face to face. What makes teams smart must be not just the ability to read facial expressions, but a more general ability, known as “Theory of Mind,” to consider and keep track of what other people feel, know and believe.

So, what does this research mean for those who manage and lead teams? It looks like we might see a whole new ‘team science’ emerge, something the researchers say is needed.